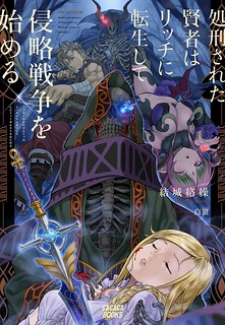 The Executed Sage is Reincarnated as a Lich and Starts an All-Out War summary:

The Sage Dwight, he along with the Hero defeated the Demon Lord who sank the world into darkness.

However, they were falsely accused of becoming the next Demon Lords because of his power, and were thrown to The Valley of the Dead to die.......

It's Been 10 Years Since You Asked to Break Off Our Engagement, If You Insist That Much, Let's Break it Off! - Chapter 3